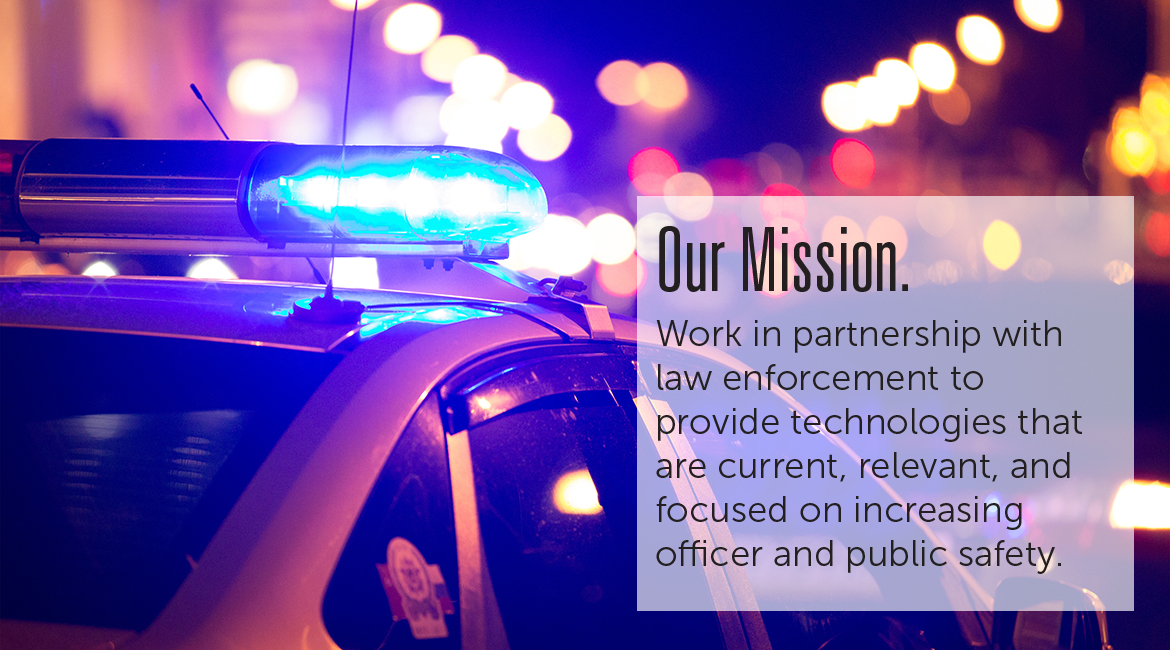 Founded in 1984 and incorporated in 1987 by Josh M. Davda, Optimum Technology, Inc. provides information technology consulting, systems integration, custom software development and commercial off-the-shelf (COTS) software. Optimum has successfully worked with both private and public entities in 25 states and one US territory.

As a privately owned company, we continue to have no corporate debt, have a healthy balance sheet, and follow the same guiding principles since day one, the three Cs: to bring Competence, Caring and Commitment to our clients. We are controlled only by the needs of our customers.

We are proud that our staff are recognized nationwide for their expertise, and are regularly invited to participate on standards and policy committees.

IMMERSED IN TECHNOLOGY.
PROFICIENT IN DELIVERING SOLUTIONS THAT MAKE A DIFFERENCE.

Optimum Technology combines modern technologies with our deep understanding of the private and public sector, to deliver effective solutions that help provide more efficient and better services to their constituents.

Our many public sector partners and colleagues provide ongoing input on their requirements and on the design of our software.

We are experts in modern technologies, and pride ourselves on creating the market's most nimble solutions, including the very first modern, statewide, browser-based, federated search engine for law enforcement. We were also one of the first registered OIBRS vendors in Ohio, and created the first statewide records management system in Ohio. Optimum was a pioneer in national Prescription Drug Monitoring Programs and created the very first statewide pseudoephedrine tracking system in the United States.

Our skilled teams continue to lead and pioneer technology solutions for the public sector.

When it comes to law and regulatory enforcement solutions, we are recognized as subject matter experts.

We respect the difficult and vital work of the public sector, and we also understand that the solutions we develop play a vital role in crime solving and prevention. That's why we hire only experienced and capable staff who share our customer-focused philosophy of Competence, Caring, and Commitment

Our close collaboration with law enforcement began in 1994. We developed our flagship products - SWIFTREPOSITORY,  SWIFTPROTECT and SWIFTCONNECT - for Ohio's law enforcement agencies when no other solution in the market met their needs.

Also, more than 7,000 individuals and 300 agencies in Ohio rely on SWIFTPROTECT for streamlined records management, NIBRS, and Clery reporting. The solution is hosted by the Ohio Attorney General's office. Other RMS clients include the St. Louis Metropolitan Police Department in Missouri, where our solution was successfully implemented in 2020.

SWIFTREPOSITORY is being used by states across the United States, including Texas, Idaho, Georgia, New Jersey, Pennsylvania, Alaska, Illinois, Montana for an estimated total of 7,708 reported agencies and approximately 11,815 active users. We are also partnering with the states of California, South Dakota, Iowa, Rhode Island and New Mexico to implement SWIFTREPOSITORY by the end of 2021 for an additional 1,410 reported agencies and approximately 3,650 users. The total number of estimated, reported agencies is anticipated to be 9,118 with about 15,465 users.

In addition, Optimum Technology was the only U.S. computer systems consulting firm to participate in a U.S. Department of Commerce trade delegation to the Gulf Countries of the Middle East. Additionally, our president and founder, Josh M. Davda, participated in a trade delegation led by the governor of Ohio to India.

Our roots are strong with immense experience in information technology.

Josh Davda oversees the day-to-day operations and sets the strategic direction of Optimum Technology. He draws on his experience of more than 50 years of leading multiple technology companies that help both the private sector and public sector improve information access and data reliability, and foster a more efficient and collaborative business process.

Prior to founding Optimum, Josh was a member of the National Systems Development practice for Peat, Marwick, Mitchell & Company (now known as KPMG). Before that, he worked for such industry stalwarts as General Electric (where he worked with Jack Welch prior to Jack’s tenure as CEO) and Mobile Gas (now Exxon Mobile).

Josh Davda holds the following credentials: Master of Business Administration (MBA) degree in Finance and Marketing from the University of Louisville; Master of Science degree in Industrial Engineering with emphasis in Operations Research from the Illinois Institute of Technology; Bachelor of Science degree in Mechanical Engineering, University of Baroda, India; and a certificate from the GE Corporate Management Training Program.

Frank is a seasoned technology professional with more than 34 years of information technology experience.  Prior to his career with Optimum, Frank led implementations of the Capability Maturity Model Integration (CMMI) Level 5 certification processes for various companies.

He is a Certified Scrum Master, Project Management Professional (PMP), as well as a Certified Associate of the Indian Institute of Bankers (CAIIB), similar to the United States designation of Certified Public Accountant.  Those skills and talents have led him to now be head of finance and business operations for Optimum.

Besides his business operational duties, Frank leads the Optimum Project Management Office (PMO) and assists the leaders within the Law Enforcement Practice with project oversight and project delivery.

As EVP, Mr. Xavier is the trusted advisor to Josh Davda, the CEO of Optimum, and assists in leading the executive committee and the company with Mr. Davda. 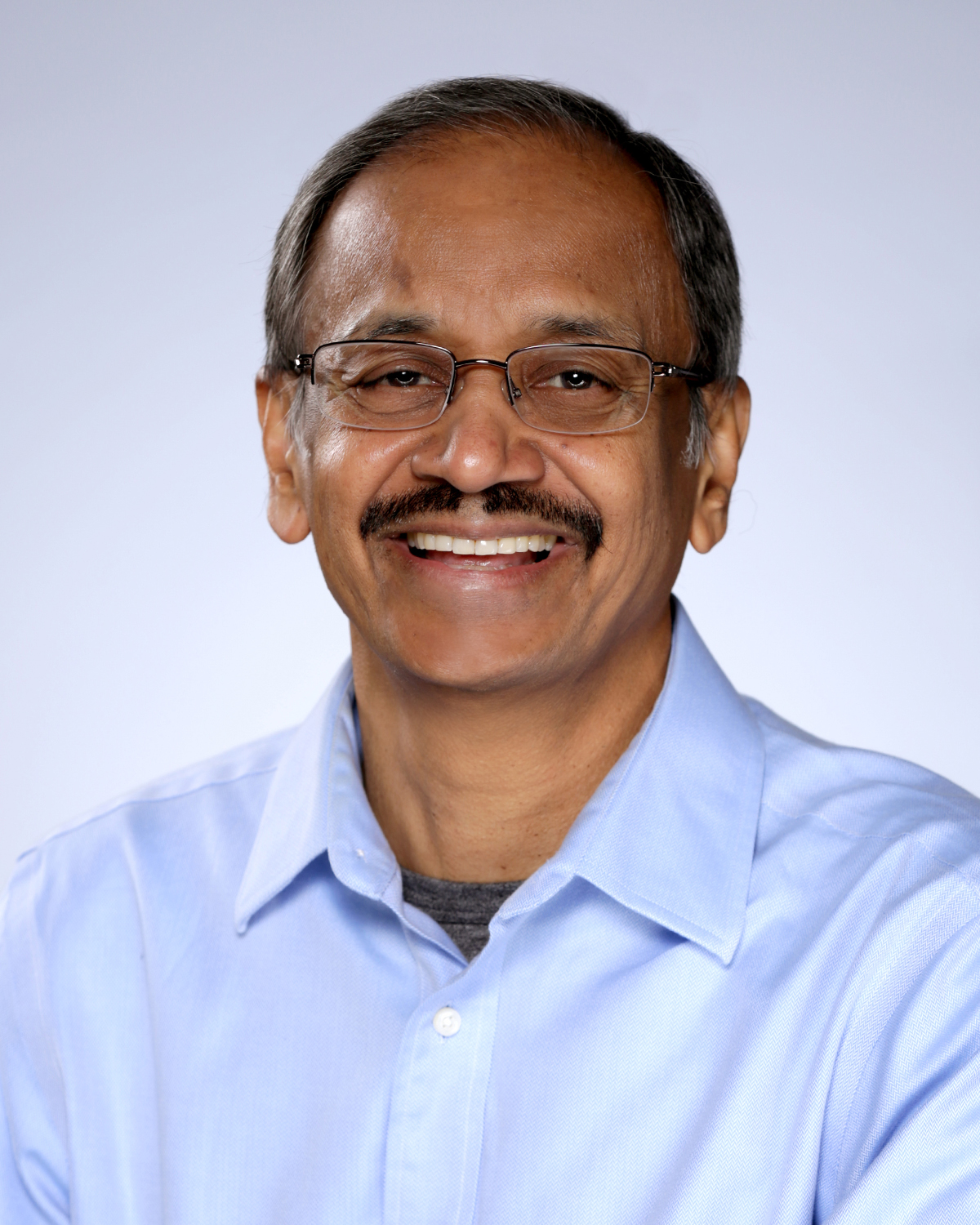 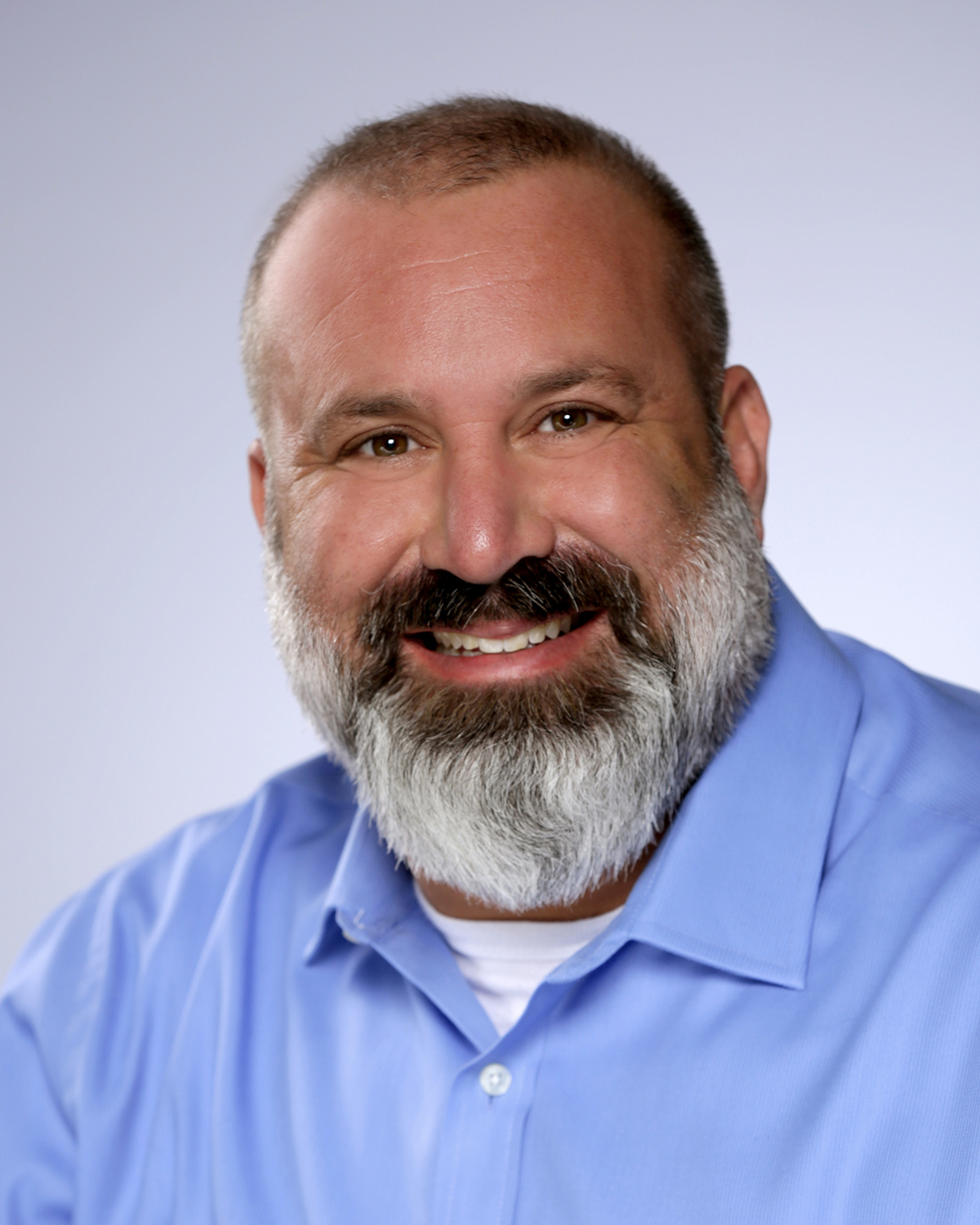 Greg has over 25 years of information technology experience and has led at all levels within the company.  After a 10-year hiatus to work for such companies as Fujitsu USA, in its software division and SageNet, a large national technology and cybersecurity managed service provider, Greg returned to Optimum to his current role in 2021.  He specializes in process improvement and operational efficiency with a focus on sales and marketing and wider business operations.  He is charged with the aggressive growth of the company’s revenue streams.

Greg is a graduate of the Ohio Military Reserve Officer Candidate School (OCS) and was 31 Bravo (Military Police) qualified prior to receiving his commission.  He is a graduate of The Ohio State University with a Bachelor of Science in Agriculture.  Among his many certifications, he holds his IT Infrastructure Library (ITIL) Foundation Certification, Fortinet Network Security Expert 3 (NSE3) certification, is a National Certified Investigator & Inspector (NCIT) Basic, holds a certificate from John C. Maxwell 21 Irrefutable Laws of Leadership course and holds FBI CJIS Level 4 Awareness Certification.

Savitha is a seasoned technical leader with more than 20 years of experience planning, building and delivering complex technology solutions. As a senior member of the team, she leads software architecture and software delivery. Savitha is one of those special people that naturally leads by example, and it shows in the way her teams contribute to the Optimum product roadmaps and in the speed her teams are able to develop and deliver software solutions.

Technically, she knows her way around advanced SQL and Microsoft .Net development, but truly shines in client facing roles where her always positive and professional demeanor wins over clients time and time again.  We consistently hear from staff and clients alike that she is a joy to work with and can stand toe to toe with any technician.

Savitha holds a Bachelor’s of Science in Engineering, with a specialization in Computer Science from the University of Madras, India, and a certificate as a Bullet Proof Manager, and is FBI CJIS Level 4 Security Awareness certified. 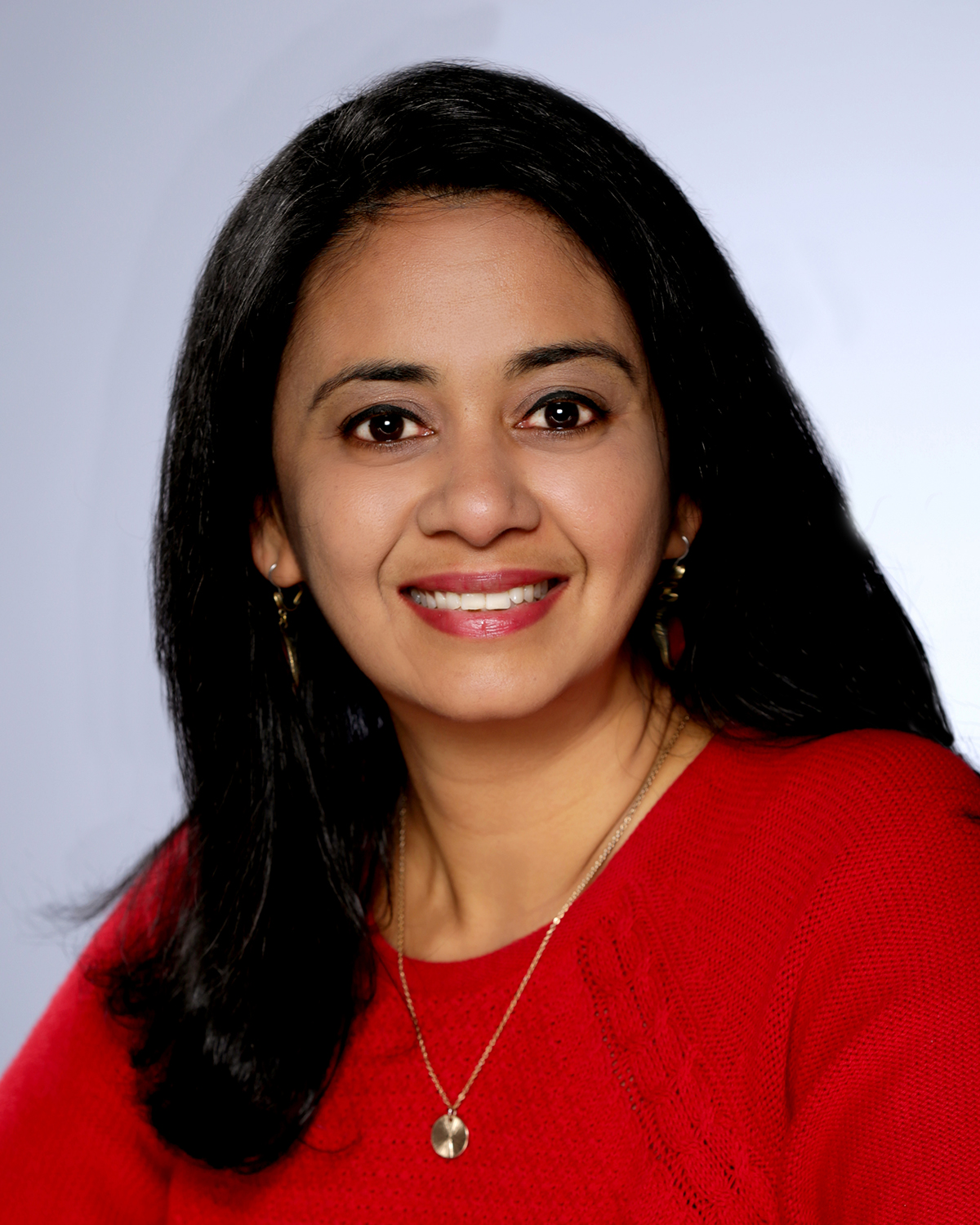 Are you ready to start your project? Give us call or drop us a line.

Drop us a line